Hajdúböszörmény with its 32 thousand inhabitants is one of the most important cities of the North Pannonian Plain region. As for its territory it is the fifths of the country’s biggest cities.

Böszörmény in the name of the city refers to a Turkish-Bulgarian ethnic group which carried out an important commercial and economic activity at the time. This may show that the first inhabitants of the commune were the böszörménys. The prefix hajdú refers to a military shepherd group which members – with the direction of Duke Isván Bocskai – “shed their blood and gave their life” for true faith and freedom during the sole victorious revolution in Hungarian history.

The territory is inhabited since the prehistory but the first written source mentioning the settlement date back 1248 where it is quoted as Nagyböszörmény. The village was destroyed during the Tatar invasion but was repopulated in the 12-13th century. Hajdúböszörmény has been a market-town for 600 years, since King Sigismund granted the status of market-town to our town, and thanks to this privilege it distinguished already itself from the other towns. Afterwards the city became the property of the Hunyadi family and from the 15th century the property of the Báthorys. After the Bocskai-uprising in the act of privilege Korponai (donation act of Nagyhajdú) 9254 hajdú warriors were offered noble titles and lands. At that time the town of Böszörmény did not figure between the lands offered to the hajdús, there was between them on the other hand Kálló. During several years the hajdú warriors had many conflicts with the imperial guards occupying now the castle. Therefore on the 13. September 1609 Bocskai’s privileged hajdús were transferred from Kálló to Böszörmény – thanks to Bocskai’s act of exchange. This was an important turning point in the history of the city. The inhabitants of Böszörmény were given the privilege of collective noble freedom, but in exchange they had to offer military service.

The hajdú towns created the Hajdú District in the end of the 17th century, which was a medium administrative unit under the leadership of the commander.

The next turning point is related to the Revolution 1848-1849. The change did not come with the abolition of the landlord-serf relation but of the hajdús’ privileges. The Hajdú District was suppressed and in 1876 a new administrative unit was born under the name of Hajdú Department which seat was transferred from Böszörmény to Debrecen.

The monuments of Hajdúböszörmény reflect well the history of the city. One of the most important is the settlement structure of the city. The main characteristic of the two-inner-yard-stock-farm town is that the elliptical inner heart of the city is densely built-in and is surrounded by large gardens. The inner heart is divided in four parts by four streets directing in the four directions. In the junction of these streets we find today the Bocskai Square. 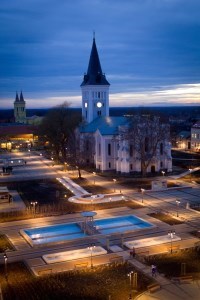 The main square created during the town planning in the end of the 19th century is one of the most beautiful squares of the Great Hungarian Plain. There are only a few cities in the world which reflects as faithfully and completely in its structure and layers the development during the centuries than Hajdúböszörmény.

Let’s start our walk at the town hall situated in the square which was built in 1907 in late eclectic style according to the plans of Károly Dobay and which follows in its form the traditions of the olden offices of the Departmental Administration.

The entrance is decorated with an archway at the landing of which we can see a slab of marble with the names of the inhabitants died in the First World War. In the coffered ceiling of the Báthory-room we can read the names and the blazons of the hajdú towns.

The Calvinist church of the city is situated in the middle of the park in front of the Town Hall. Originally the church was built in a gothic style and it was the church-fortress of the city surrounded by corner bastions and a fortified wall. Between 1880 and 1882 it was rebuilt in a romantic style. The interior is worthy of the outer appearance of this monumental edifice. The recently renovated and impressive organ built in harmony with the church’s style is the product of the world famous Angster Company and is one of the largest organs in provincial Hungary. Inside, above the pulpit, is displayed the town’s crest originally adorning the coffered ceiling of the former church. 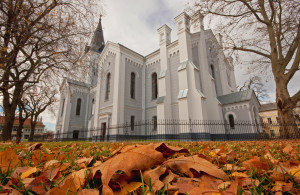 Next to the building we can see two important statues. The Bocskai-statue was made in 1907 by Barnabás Holló and is today the symbol of the city. The work of art represents two figures at a historical moment when the duke of Transylvania donated his famous charter to a hajdú warrior representing the group of hajdús. The upper edge of the four sides of the base is decorated with a relief representing Bocsaki’s crown which is exceptional in the country. 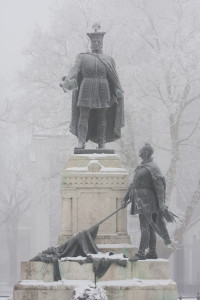 The other one, called Dancing hajdús, is made by István Kiss. The composition representing the dancing hajdú warriors symbolizes the six towns of the Hajdús: Nánás, Szoboszló, Dorog, Böszörmény, Vámospércs, Polgár and Hadház. The stack surrounded by a ring symbolizes the unity of the Hajdú District. 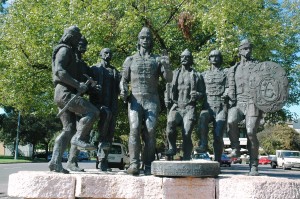 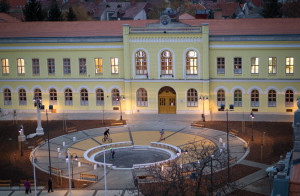 The square was completed with the construction of the Calvinist Co-educational School, built in an eclectic style in 1919. Today we can find there the István Bocskai Primary School and Sport School and the Dezső Baltazár Reformed Primary School. On the wall of the school a commemorative plaque indicates that Mihály Vitéz Csokonai came several times to the Reformed parish that was once in the place of the school.

At the left side of the square we can see the oldest public building of the department, the seat of the Hajdú District which is now the seat of the city’s Court. The building was constructed in three phases between 1762 and 1871. As we enter at the olden carriage gateway we arrive in a very pleasing yard surrounded by an archway. In the past under the building there was a feudal prison made up of four cells where was imprisoned Bandi Angyal, the famous bandit of the folk ballads. This type of prison is very rare in the Pannonian Plain and it was exceptional in Hajdú-Bihar. It became the Museum of the Hajdú Country (territory of the Hajdús) in 1951.

At the porch on a nice column the bust of Gábor Báthory created by Tamás Fekete greets the visitor in the vaulted entrance. The statue was raised by future generations in remembrance of Gábor Báthory (1589-1613), duke of Transylvania. The permanent exposition of the museum is called ‘History and ethnography of the Hajdúság region’.  In the yard we can see a collection of statues remembering of those who thanks to their work, activities and life had a strong connection with the Hajdú Country and Hajdúböszörmény. There are the statue of Miklós Káplár, Mihály Vitéz Csokonai, István Györffy, Péter Veres, Gábor Sillye, Gábor Bethlen, István Bocskai and Jenő Király. In summer we can attend musical and cultural events in the big and spectacular yard of the museum.

In the Sándor Petőfi Street branching at the square tourists can admire the one-storied Petőfi House built in 1911 in a secession style which is an important place of the city’s public life.

As we arrive to the Ady Square we can see a piece of the sculptor Éva Varga inaugurated in 1996 which commemorates the warriors of the 17th regiment Bocskai recruited by Gábor Sillye, the government representative of the Hajdú District. 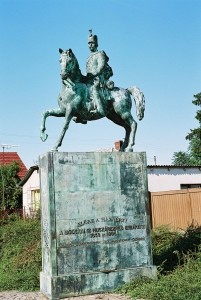 We start again our walk from the Bocskai square towards the south. At the Szent István (Saint Stephen) Square we can see a work of Tibor Horváth, a statue of the magic stag raised on the top of a high column. The monument was inaugurated in 1996 at the 1100th anniversary of the occupation of the Hungarian territory by the Hungarian tribes.

As we continue our walk towards the Árpád Street we arrive at the Géza Losonczy Memorial Park where we can see a monument of the Revolution of 1956. The composition of Imre Varga represents David fighting Goliath. The statue was inaugurated on the 23 October 2006, at the 50th anniversary of the Revolution and War of Independence of ’56. 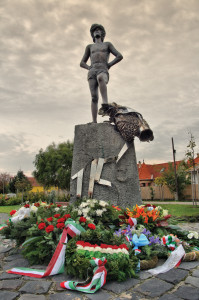 In the park situated at the Kálvin Square we can see the statue of István Gách made in 1927 in remembrance of the First World War and inaugurated by Miklós Horthy, governor of Hungary at that period. The statue commemorates those two thousand men who died in the war. 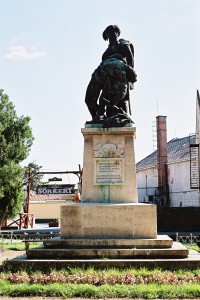 We can see at the square the second, monumental Calvinist Church of Böszörmény, built in the end of the 19th century in a late eclectic style. The Calvinist Church of the Kálvin Square is important from the point of view of the urban landscape and gives home to an important religious activity.

In front of the church a group of statues can be found named “Our ancestors” by Laszlo Kosina, which was dedicated in 2009 on the occasion of 400th anniversary of the Haiduk’s settling down in Boszormeny. 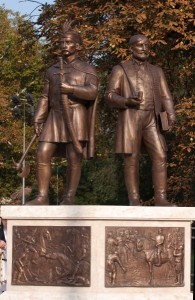 Arriving back to the main square, we can see two buildings playing an important role in the cultural life of the city. The first is the László Kertész Library, the second is the Gábor Sillye Community Arts Centre. In the theatre hall of the centre we can attend conferences, musical events and folk spectacles, and expositions at the gallery.

Behind the building there is a Monument of the Second World War made in 1991 by the sculptor Imre Varga. The statue represents a conventional map of Europe, above we can see a woman in deep sorrow and mourning and copper plaques engraved with the names of the inhabitants died in the Second World War. 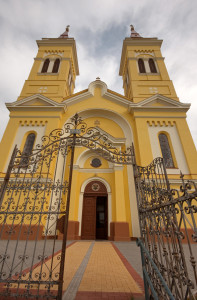 Further on the Újvárosi Road we arrive to the Roman Catholic Church built in the 1860’s as a modest eclectic imitation of the olden baroque churches of the countryside. 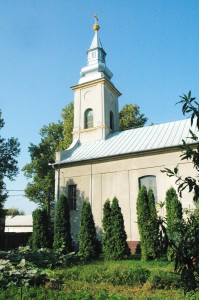 The marble statues of Antal Martinelli are important from an artistic point of view, mainly the statue of Mary made in 1900.

As we present our churches we have to talk about the oldest monument of our city, the unfinished belfry of Zelemér, ruins of a church of the Middle Age, situated at the Zelemér. The church was built on a Neolithic artificial mound. Built in a late gothic style, its first written source dates 1332. There are many legends about the ruins and their surroundings. 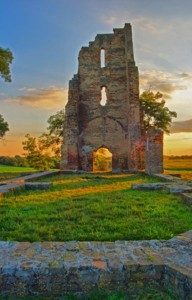 The indoor spa with its total area of 1000 square metres awaits the relaxing and healing-seeker visitors since January 2007. Sauna and steam chamber await those who thirst for sensual and spiritual renewal or natural recreation. An outsoor thermal pool is also connected to the main roofed building. 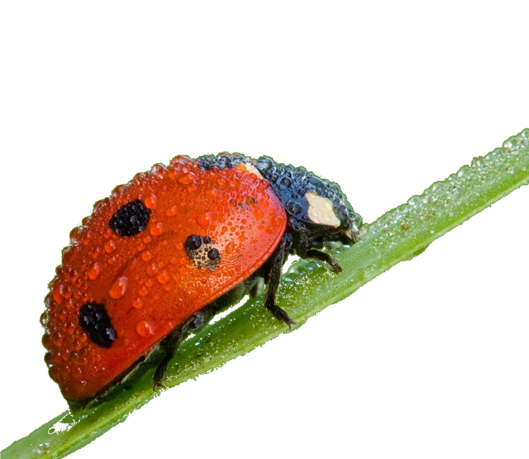 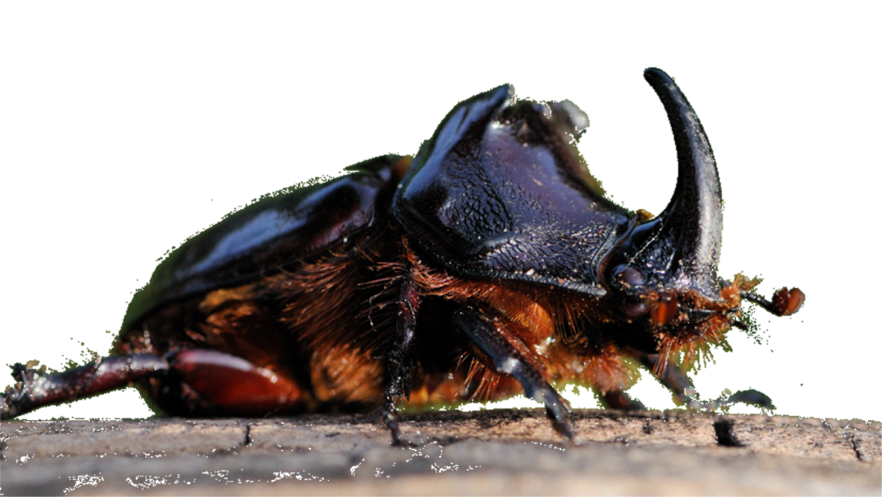 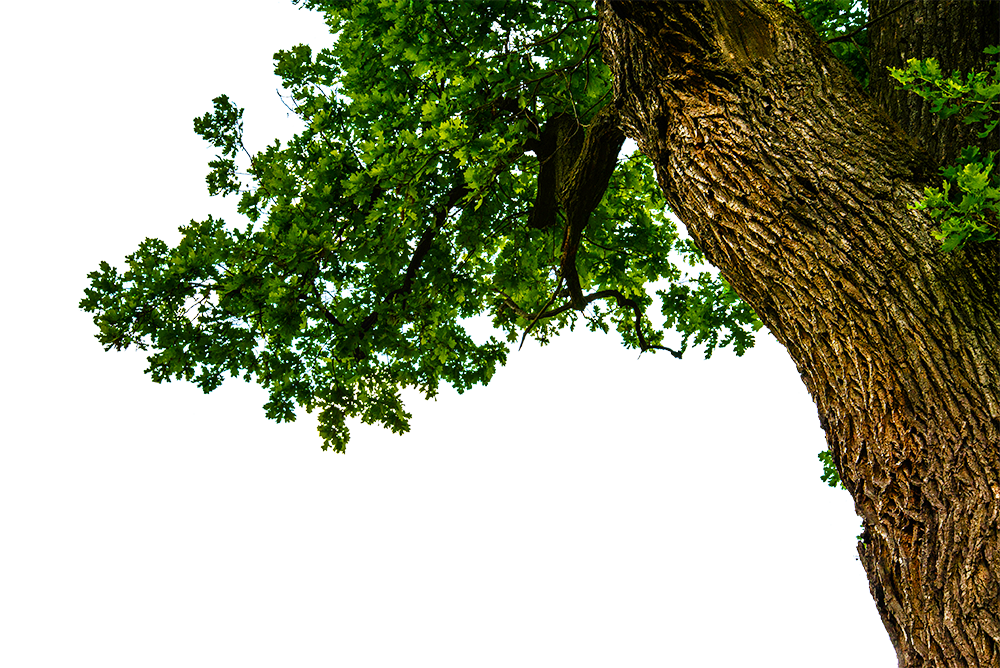